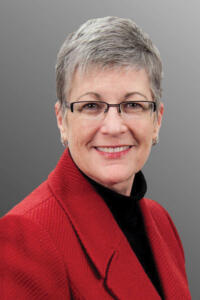 For 34 years, Celia Kupersmith has been a major force in the growth and development of the public transit industry. To this day, multiple systems and riders alike benefit from her efforts to foster ethical leadership, improve service quality, enhance multimodal coordination, and elevate transit as a key network component. In predominantly multi-modal settings, she has served as a planner; marketing director; MPO chief; bus, rail, and ferry manager; general manager; and executive recruiting consultant.  She has been very active in APTA throughout her long career. While working at the RTC in Reno, NV, she served as vice chair of APTA’s Small Operations Committee and, later, as vice chair of the Human Resources Committee within APTA’s Executive Committee. In that role, she led the effort to develop operational mechanics for Leadership APTA, ultimately serving for years as chair of that program. She remains involved as a member of the Human Resources Committee to this day.