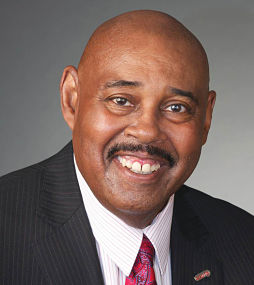 Bob Prince’s career in the public transit industry is defined by his outstanding management of transit operations at the Massachusetts Bay Transportation Authority (MBTA), his work in renewing and expanding the T’s historic infrastructure, and his dedication to support and mentor the next generation of public transit leaders.  Over the next 25 years Bob held more than 20 jobs at the MBTA, culminating in July 1997 as the first African-American general manager of the fourth largest multimodal transportation agency in the United States, carrying more than one million passengers a day. He was a member of the American Public Transportation Foundation for 11 years, chaired the foundation for four years and is currently an emeritus member. Bob also served on the Rail Standards Policy and Planning Committee, the Rail Safety Committee, Conference Planning Committee, and the Meeting Site Committee. Bob has also been a key leader for COMTO, having been a member since 1985 and sitting on the board for several years culminating as national chair from 2012-2015. ​