The American Public Transportation Association (APTA) is surprised and disappointed that at the same time the Trump Administration is proposing to invest $1 trillion in infrastructure, the White House is recommending cutting billions of dollars from existing transportation/and public transit infrastructure programs in its proposed “Skinny Budget,” for Fiscal Year 2018. The federal government currently covers only 43 percent of all capital spending for public transit and any cuts will only add to the significant shortfall that already exists.

The American economy and communities of all sizes would be losers if the proposed reductions in the FTA Capital Investment Grants (CIG), the TIGER program, and Amtrak are enacted. As it stands now, America is already underinvesting in public transportation, as noted in the recently released American Society of Civil Engineers infrastructure report card.  These proposed cuts would make the existing $90 billion of State of Good Repair gap even worse.

Cuts to the CIG program would put public transit projects and the associated thousands of direct and indirect jobs at risk in a number of communities including Kansas City, MO; Indianapolis, IN; Dallas, TX; Grand Rapids, MI; Ft. Lauderdale, FL; and Jacksonville, FL.  For a complete list of the more than 50 CIG public transit projects in 23 states that could be at risk if they don’t have Full Funding Grant Agreements (FFGA) click HERE.

Facilitating efficient surface transportation, including public transportation, has long been recognized as a federal responsibility and it is critical to our global economic competitiveness. In fact, 87 percent of the 35 million public transportation trips taken each day directly impact the economy – because Americans ride public transit to commute to work or to spend money at retail businesses and entertainment venues.

Congress reaffirmed this federal responsibility when it authorized $2.3 billion annually, through 2020, for the CIG program in the Fixing America’s Surface Transportation (FAST) Act, which was overwhelmingly approved by bipartisan votes of 83-16 in the Senate and 359-65 in the House of Representatives.  In the FAST ACT, Congress also saw the value in Amtrak and authorized nearly $5.5 billion through 2020 for Amtrak’s national network.  Additionally, in recognition of TIGER’s huge popularity, Congress annually funds this program at significant levels, which is routinely oversubscribed and supports important multimodal projects that do not always lend themselves to the traditional formula funding programs.

APTA calls on the Administration and Congress to reject these cuts and reaffirm its support for these programs as part of the FY18 budget process.  In addition, APTA calls on Congress to include increased investments in public transportation as part of any new infrastructure initiative. 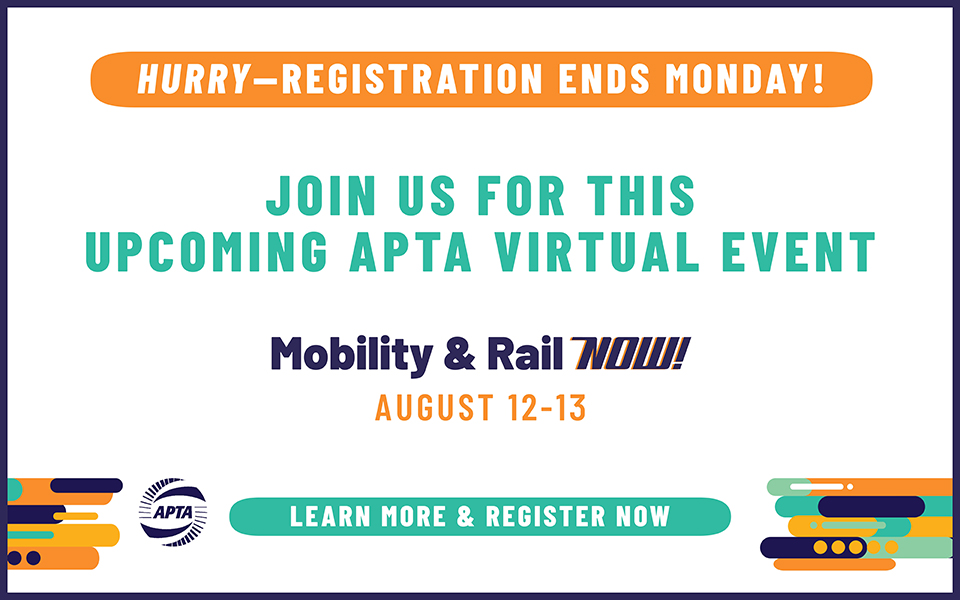