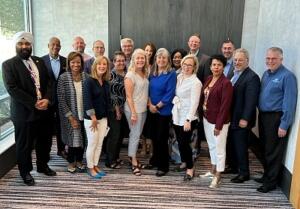 The committee also approved the following individuals to fill portfolio seats on the Executive Committee:

Nominations for three-year terms on the APTA Board of Directors are: